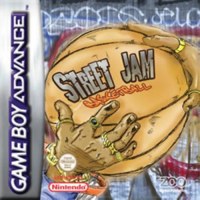 We buy for: £0.75
Sell Nintendo Gameboy Advance Games. Get Cash for Street Jam Basketball. Pick your team and hit the court for some blistering three-on-three plays in one of five grittily realistic locations, from back alleys to sun-kissed beaches. You'll need tactics and aggression - charge the hoop, steal, block, power shoot and use every dirty trick in the book to fight your way to the top of the pile and conquer the mass of different game modes and tournaments available. * Over 40 characters and special star players to handpick your team from * Five different play modes including head-to-head via GBA link cable * Shot power-ups - the more points you score the more ferocious the match becomes * Highly detailed court environments with weather effects * Play responsive crowd and commentator sound effects