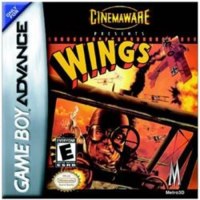 We buy for: £5.01
Sell Nintendo Gameboy Advance Games. Get Cash for Wings. Strafe opposing armies, bomb enemy aerodromes and match wits against your adversaries in heart-stopping dogfights. More than just a simulator, Wings is an emotion packed role-playing game with an engaging story set in the Great War. * Multiplayer link-up with a friend for the ultimate in plane-to-plane combat! * Unique blend of arcade action and an emotion-packed role-playing experience * Fight in 3D dogfights, bombing raids and strafing missions to defeat the dreaded central powers or allies * Chart success by career progression through the ranks – join as rookie and see how far you can go * Hundreds of increasingly challenging missions