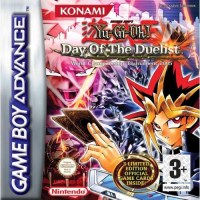 We buy for: £7.76
Sell Nintendo Gameboy Advance Games. Get Cash for Yu Gi Oh Day of the Duelist World Championship Tournament 20. YU-GI-OH! Continues to be hugely successful in Europe. Yu-Gi-Oh! Is not only Konami's biggest-selling Game Boy Advance title. But is among the top-selling on the GBA format overall. The World Championship games are an extension of the Worldwide Edition series. The series cleverly translates between languages to allow players from many parts of the world to compete against each other. Players can play against rivals from Japan, France, the UK, Germany, Spain, and Italy with ease - the language used in the linked games is translating to the opposing player instantly. The Worldwide/World Championship series is the most accurate recreation of the Trading Card Game for the Nintendo format. It is Yu-Gi-Oh! meets Game Boy Advance- the power of two of the world's phenomenally successful youth brands combined!