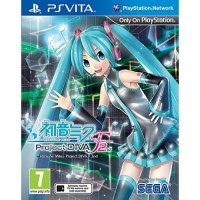 We buy for:
Hatsune Miku is futuristic voice synthesizer software that is designed to allow users to easily create vocal parts from scratch by just entering a melody and lyrics. The music software was developed by Crypton Future Media, and first released on August, 31st, 2007. After the release, Hatsune Miku quickly evolved into a phenomenon of a highly participatory cyber culture with creating and sharing Miku-related content around the globe. At present, with more than 1,000,000 derivative artworks and 100,000 user-released songs, Hatsune Miku is not only the icon of this ever expanding creative community, but she is also successful in performing sold-out 3D concerts worldwide and appearing in TV commercials such as Toyota USA and Google.
VT141
Check out what our customers say Click on any logo to view feedback
Trustpilot