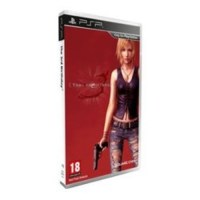 We buy for: £12.49
Sell PSP Games. Get Cash for 3rd Birthday: Twisted Edition. The Parasite Eve series has long captivated audiences with its cutting-edge graphics, memorable characters and cinematic storylines. Now Aya Brea is back in action on the PSP (PlayStation Portable) system. Thrilling drama unfolds as you unleash all-new abilities in this unique RPG/shooter. The latest installment in the series features an all-star production staff including producer Yoshinori Kitase (Final Fantasy series), director Hajime Tabata (Crisis Core - Final Fantasy VII), character designer Tetsuya Nomura (Kingdom Hearts series), art director Isamu Kamikokuryo (Final Fantasy XIII) and music by Yoko Shimomura (Kingdom Hearts series). Hideous creatures descend on Manhattan. Ground reports from the squad tasked with containing the pandemonium refer to these life forms as "the Twisted." An investigatory team known as the CTI is formed within the year. The Overdive system emerges as a means of opposition, but only one viable candidate exists - Aya Brea. A gift as she awakens from a lost past on this, the occasion of her third birth.