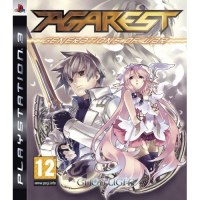 We buy for: £7.32
Sell PS3 Games. Get Cash for Agarest Generations of War Collectors Edition. At the dawn of time, the world of Agarest was plunged into a terrible war between the forces of good and evil. Entire races fought and died for their divine masters, ending in the total destruction of Agarest. The victorious Gods of light unified their defeated foes, creating a new world and sealing their broken bodies into an eternity of darkness. With the ancient wars fading into distant memory, all have forgotten the evil slumbering beneath their feet, but the darkness remembers. It watches. It waits. The seal that held the evil for aeons is fading and war is again raging among the Kingdoms of Men.