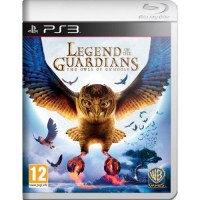 Legends of the Guardians: The Owls of Ga'Hoole