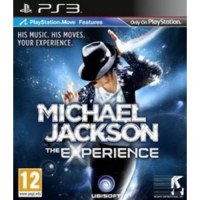 We buy for: £0.25
Sell PS3 Games. Get Cash for Michael Jackson The Experience. Michael Jackson: The Experience is the ultimate interactive game experience that enables players to be the star of the show, just like Michael Jackson, and experience for themselves his most iconic performances. Michael Jackson: The Experience will include a wide variety of songs from Michael Jackson's extensive catalogue including some of his greatest hits like Billie Jean, Beat It, Smooth Criminal and Thriller, as well as an array of his signature, awe-inspiring dance moves that players can pull off in the comfort of their own home! Fans will also be able to sing along to the music and test their vocal rhythmic skills, all the while being immersed in Michael Jackson's unique universe. With innovative and interactive environments inspired by Michael Jackson's iconic music videos and stage performances, players can be sure that they will relive the magic as they get closer to the status of Michael Jackson himself! Thanks to a variety of multiplayer options, up to 4 players can sing or dance simultaneously but everyone can join the party! Featuring 29 songs including Bad, Beat It, Black Or White, Billie Jean, Don't Stop Till You Get Enough, Earth Song, Smooth Criminal, The Girl Is Mine, They Don't Care About Us, Who Is It, Workin' Day And Night, Thriller, The Way You Make Me Feel.