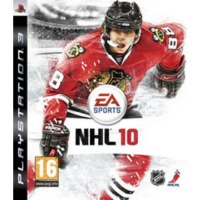 We buy for: £0.15
Sell PS3 Games. Get Cash for NHL 10. NHL 10 features more than 200 gameplay refinements that replicate the skill and finesse of hockey, spectacular new ways to score, and improved goaltender intelligence. A new 360° precision passing mechanic delivers control over the speed and direction of passes so players can bank passes off the boards or play the puck into space for teammates to skate on to it. Experience all-new interactive crowds with towel-waving fans, glass bangers and crowds that react to the action. Prove you are tough enough to quiet the crowd, silence the opposition and survive a playoff run to lift the Stanley Cup in NHL 10.