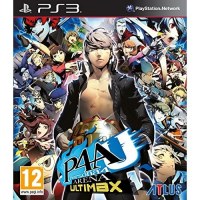 We buy for: £25.14
Sell PS3 Games. Get Cash for Persona 4 Arena Ultimax. An Army of Shadows is attacking. Who could be the one behind it all? Now, the ultimate tag team returns to present another super-heated battle! Persona 4 Arena Ultimax is the long-awaited sequel, and a continuation of the story originally set forth in the award-winning RPG Persona 4. Bringing the series full circle and tying together the plots of Persona 3 and Persona 4, fans will enjoy controlling beautifully animated character sprites and experiencing top-notch quality, fully voiced localization that brings the popular characters to life.