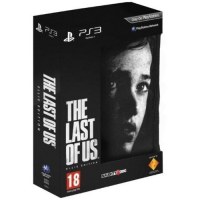 The Last of Us Ellie Edition

We buy for: £26.24
Sell PS3 Games. Get Cash for The Last of Us Ellie Edition. A pandemic has radically changed known civilization. Twenty years later, infected humans run wild and survivors are killing each other for food, weapons, or whatever they can get their hands on. Joel, a ruthless survivor, is hired to smuggle a 14 year-old girl, Ellie, out of an oppressive military quarantine zone, but what starts as a simple job soon transforms into a profound journey across the U.S. What does it take to survive in the brutal yet beautiful world that is The Last of Us? This is what players will be faced with at every turn as they embark on an epic journey with Joel and Ellie that will explore the depths of humanity and push them to the limits of human perseverance. KEY FEATURES: * Become the hunter and the hunted. Play as Joel, a ruthless survivor, who is paired with Ellie, a brave young teenage girl, as they work together to endure a dangerous trek across a familiar, yet post-pandemic United States. * Intense character-driven narrative featuring a cast of resonant characters that take you on a rich, emotional journey via Naughty Dog's award-winning cinematic storytelling, performance capture, and high-production values. * Explore a decimated, overgrown America reclaimed by nature, marked with remnants of human civilization juxtaposed against beautiful, lush environments, delivered by realistic and stunning graphics. * Strategize how to survive enemy encounters as the Balance of Power AI system continuously adapts to whether Joel or the enemies gain the upper hand. Quickly manoeuvre to survive encounters as enemies will change their behaviour based on what weapon they see Joel holding, how many of them are left alive, and whether the player has managed to surprise them. * Learn how to survive day-by-day: scavenge for vital resources, craft weaponry out of environmental objects, and compete with other survivors for limited supplies and ammo.