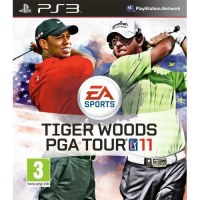 We buy for: £0.25
Sell PS3 Games. Get Cash for Tiger Woods PGA Tour 11. Lead your team to glory in Tiger Woods PGA TOUR 11! Fight for honour, fight for country in the all-new Ryder Cup Challenge on The Celtic Manor Resort in Wales in 2010, which is the course of this year’s Ryder Cup. Strategy comes into play as you create your own team and take on others in Online Team Play – up to 12 versus 12. Key Features: • Bring Home the Ryder Cup – Represent either the U.S. or European squad and play your way through the prestigious Ryder Cup tournament on the beautiful Celtic Manor course. Assume the role of captain and tweak match-ups on the fly and participate in the various competitions – better ball, alternate shot and match play. Lead your team to glory in the last great sporting event founded on prestige, rather than prize money. ? • Take the Team Online — Compete in an all-new team golf mode that allows up to 24 players to compete head-to-head as members of a team. Join a team or create your own, then hit the links to see if your team can rise to the top of the leaderboards. ? • Graphical Enhancements – Even more graphical detail has been added to the game via textured clothing, flowing hair and apparel and time of day changes during the round. ? • Championship Courses— Take on the best of the best on many of the PGA TOUR’s most renowned championship courses, including TPC Scottsdale.