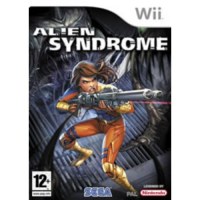 We buy for: £0.15
Sell Wii Games. Get Cash for Alien Syndrome. Take control of Earth Command Lieutenant Aileen Harding as she adventures through intense sci-fi battles against hordes of unique aliens and colossal bosses. With an array of special abilities and combat powers, you'll draw on quick reflexes and skill plus a wide choice of weapons, armour and items to defeat increasingly formidable opponents. Adrenaline-soaked space-age action awaits. The unique controls of the Nintendo Wii add an extra-special dimension to the gameplay, while PSP gamers can hook up wirelessly with up to three friends to take the action to the next level and beyond.