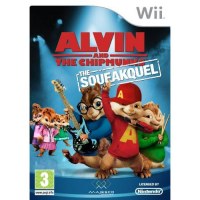 Alvin & The Chipmunks: The Squeakquel