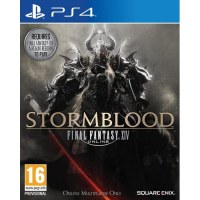 We buy for: £0.00
Dive into the next chapter of the critically acclaimed game Final Fantasy XIV Online with its epic next expansion pack - Stormblood! Explore vast, new lands, including Ala Mhigo, and challenge new Primal threats across Eorzea as you embark on hundreds of new quests as the Warrior of Light! Features: • 2 Brand new jobs, Samurai & Red Mage. • New primals, Lakshimi and Susanoo. • New zones and new dungeons and raids. • Level cap increased from 60 -> 70. • The Forbidden Land of Eureka.
PF739
Check out what our customers say
Trustpilot