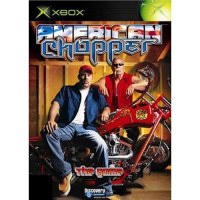 We buy for: £0.75
Sell Xbox Games. Get Cash for American Chopper. Create, build and ride your very own American Chopper! Be hired into the shop of the hit TV series American Chopper. Here's your chance to ride the biked built by the Teutuls and features on American Chopper. Choose from the P.O.W./MIA Bike, jet Bike, Black Widow Bike and more. But there's more - you'll be sent on missions to create and customize your very own design, the original themed chopper that will rival those built by Paul Sr. and Paul Jr. Experience first-hand all of the hard work, drama and thrill of creating one of the most beautiful bikes on the road today.